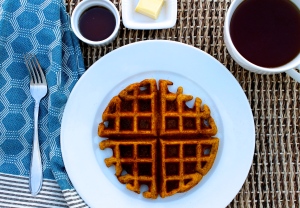 If I had the money, I would gladly give someone upwards of $500,000 to get the Frozen soundtrack out of my head for good.  It’s a great movie, really.  I appreciate the story line, with the lukewarm female empowerment and the warnings about hasty romances and all that. That’s great.  Disney’s really come a long way.  But at 2 in the morning, when one of my children has woken me up for the third time and I’m lying there watching the scant minutes I get to actually sleep tick away…I just want to kill that Elsa.  You can let it go, just leave me alone!

Clearly, we’ve been watching Frozen.  A lot.  My daughter has been sick twice since starting preschool two weeks ago.  The infirm get to pick the movies, those are just the rules. I guess that stellar immune system of hers I was so proud of was just the result of being virtual shut-ins.  I knew we never should have left the house!  And what is it about being sick that makes kids act so crazy?  Do you think its the fevers, aching, throwing up and general feeling of crappiness?  Could be.  Anyway, I get that it isn’t fun. I’ve been sick like a million times!  Just stop yelling at me already, kid!  I remember when sick days used to mean a literal day off, spending some quality time with bad TV whilst relaxing on the couch. That is no longer the case.  For now, I just try to dodge flying fluids so I can avoid being a sickie while taking care of one.

And on that note, waffles!  We have traded the peach for the pumpkin, friends.  Don’t look back, you’ll only make it worse.  These pumpkin waffles are grand!  They have a great texture and crisp up nicely.  I like to make a double batch and freeze the leftovers for easy breakfasts during the week.  You should try it, you’ll be so proud of yourself!

3. Separate the eggs, putting the yolks in with the dry ingredients and the whites into a separate small bowl.

4. Add milk and pumpkin to dry ingredients and stir until smooth.

5. Add honey, coconut oil, vanilla and spices to flour mixture and whisk until combined.  Don’t melt the coconut oil or the batter will be too runny.  It might be a little lumpy, but it will all work out in the end!

6. In the small bowl, whisk egg whites until frothy, or about 3 minutes. 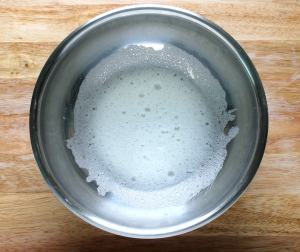 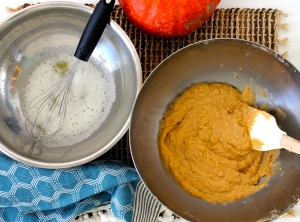 8. Pour 1/2 to 2/3 cup of the batter into the center of the waffle iron.  Cook according to your waffle maker’s instructions.